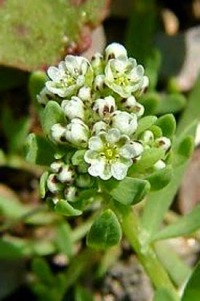 The edges of Loe Pool used to be home to Strapwort (Corrigiola litoralis) a critically endangered plant now only found on the shores of Slapton Ley National Nature Reserve in Devon. Natural England’s Vascular Plants Taxon Group has identified the species as being at High Risk of becoming extinct by 2020. Unfortunately it became extinct at Loe Pool in the early 20th century, but this year we are working with the Whitely Wildlife Conservation Trust (WWCT), a scientific and education charity based at Paignton Zoo, to bring this plant back to Loe Pool and Cornwall.

Regular records of Strapwort exist throughout the 1800s, however in 1915 a record states that it “was plentiful, now practically extinct.” This plant only grows on the edge of freshwater lakes where the water level decreases in summer, known as summer draw down, and increases over winter with higher rainfall. It also is not a very competitive little plant, needing practically bare earth to set seed and proliferate.

The chief reasons for extinction at Loe Pool are believed to be: 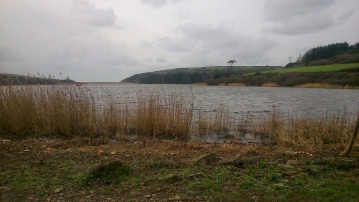 Side image of re-introduction site 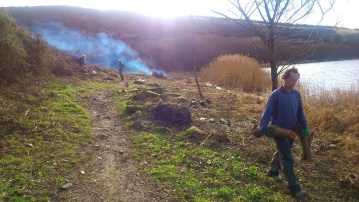 Conditions are now believed to be more accommodating to this little plant. The Loe Bar adit was updated and improved recently, and a new Water Level Management plan was agreed between the National Trust and the Environment Agency. Now the penstocks, which manage the height of the adit, are set at a level to improve the summer draw down and still help to alleviate flooding in winter. This is about a 1 metre fluctuation, which is sufficient for Strapwort in the summer.  Water quality has dramatically improved in the last decade. The Trust has been working with the Loe Pool Forum (www.loepool.org) and tenant farmers to significantly decrease applications of chemicals and reduce soil erosion meaning nutrient levels, specifically phosphates, have decreased. Finally, although grazing will not be reintroduced to the edge of the Loe, we have embarked upon a programme of rotational scrub cutting to open up some areas (this will also benefits walkers as the view from the path will be better!).

So, the reintroduction site is ready, the seeds have been sown in a greenhouse at Paignton Zoo and we’re waiting for the weather to warm up in May to plant the seedlings out. Once the plants are established we will manage the habitat and monitor their progress. We’ll keep you updated!