The numbers of invasive Himalayan Balsam weed have begun to fall, thanks to the hard work of volunteers, who worked over a period of two weeks to remove every trace of Himalayan Balsam they could find. 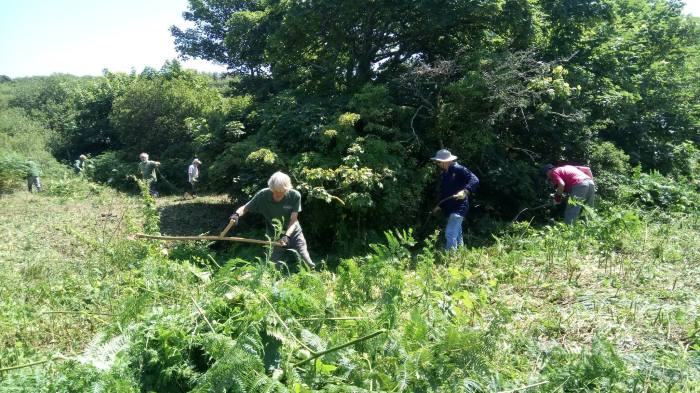 Himalayan Balsam was introduced into the UK during the 19th century, but now has become naturalised and is widely looked upon as a weed. The Balsam can be very damaging to native habitats as it thrives in low light areas; and due to its height, will shade out other plants growing below it. This leads to it gradually taking over a habitat, which negatively impacts on the areas’ biodiversity.  The Balsam’s height also means that it can scatter up to 800 seeds over a distance of 7 metres, meaning the plant can spread effectively throughout the local area. This efficient dispersal mechanism is further enhanced when it is in contact with water, as flowing water in rivers can spread Balsam seeds even further afield. 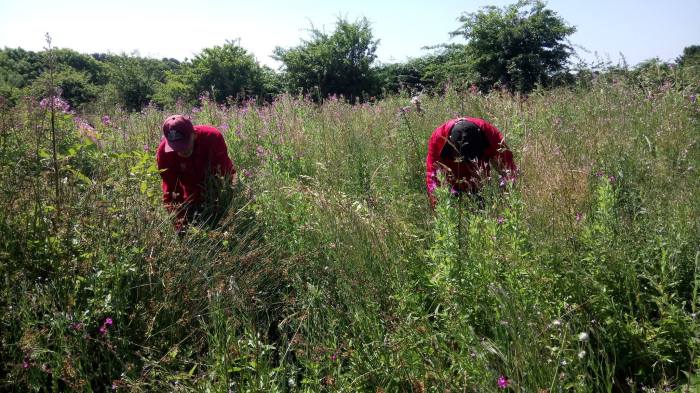 On July 12th, Penrose Conservation Volunteers visited a small holding along the banks of the river Cober, where the Cornwall Wildlife Trust had pulled Himalayan Balsam from in the past. This years volunteers did the same, removing all the Balsam plants they could find, specifically around a water intake and sampling spot. Not only did this work reduce the spread of Balsam, but also resulted in a potential improvement of water quality, as the land owner no longer has to spray the area.

A week later, on July 19th, Cornwall Wildlife Trust volunteers visited a stretch of the river Cober at Penrose, where over previous years, this joint day has resulted in tens of thousands of Balsam plants picked. This hard work clearly made an impact, as volunteers had to search harder to find the plants to remove, amongst the willow woodland, as numbers had fallen significantly when compared to previous years. This demonstrates that the continued efforts to remove this plant are having a positive impact of the local environment.